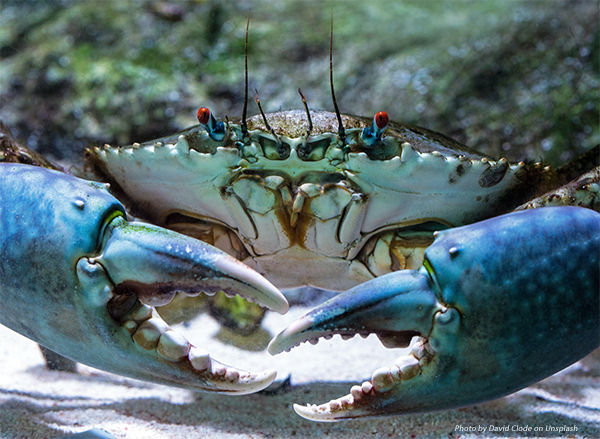 Researchers in the Caribbean and Florida are studying a giant algae eating crab, which they dubbed the “goat crab,” and may have found an answer to saving the dying coral reefs which are systematically being wiped out due to global warming and the resultant environmental degradation.

When algae blooms around reefs it blocks out the natural rays from the sun, effectively suffocating the coral before they have the chance to grow and reproduce. The Caribbean King Crab was found in a recent study conducted by Florida International University to reduce algae growth which improves the overall health and reproduction of the reefs by restoring a natural balance to the ecosystem, including the many species of fish and underwater life forms which depend on the reefs for survival.

Seaweed also produces a chemical which can be fatal to coral by causing disease which inhibits its growth. The chemical is also a deterrent to reef fish which can only thrive in a healthy ecosystem to spawn and nurse their offspring within a coral reef system. The researchers discovered the “goat crab” is not very particular and will consume any type of algae and seaweed most other sea creatures avoid.

Although the Caribbean King Crab already inhabits the reef waters, over fishing has diminished their numbers greatly which need to be increased in order to be effective. In two separate experiments, research scientists introduced the crabs to one area within the reef system and left one area unpopulated. Their findings concluded the repopulated crabs reduced seaweed and algae cover by 50-80%, thereby improving coral reproduction and survival by three to five times as well as boosting overall fish populations in abundance.