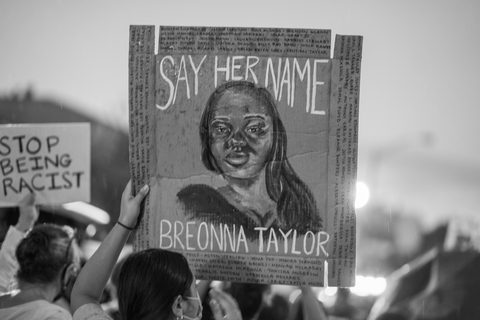 Two Louisville police officers involved in the shooting death of 26-year-old Breonna Taylor will be relieved of duty for their participation in the fatal raid which ended Taylor’s life at her apartment on March 13. Detectives Joshua Jaynes and Myles Cosgrove have been issued pre-termination letters according to their attorneys, who plan to contest the firings at a hearing scheduled for December 31.

Detective Jaynes was not physically present during the raid; however, he had requested a “no knock” warrant to search Taylor’s apartment based upon unconfirmed information from a postal inspector regarding drug packages allegedly sent to Taylor’s ex-boyfriend, who was in her apartment on the night of the fatal shooting.

Chief of Police Yvette Gentry stated in the officer’s pre-termination notice they endangered others with “extreme violations” of department policies. Tuesday’s announcement comes following the June firing of Officer Brett Hankison, who was charged with three counts of endangerment for firing shots into a neighboring unit adjacent to Taylor’s apartment. No drugs or money were found in Taylor’s apartment at the time of the raid.