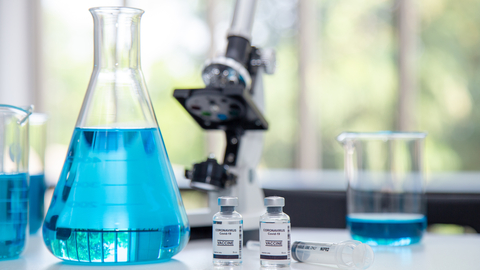 A variant of the deadly coronavirus discovered in the United Kingdom has been alarming health experts worldwide and causing travel restrictions by other countries out of concern for another type of virus spread. US health officials, including the nation’s leading contagious disease expert Dr. Anthony Fauci, have stated while there is absolute concern among health authorities, they believe the virus variant will not cause serious illness or be resistant to vaccines which have already been approved for distribution.

British drug maker AstraZeneca said on Monday their vaccine could be as high as 95% effective against COVID-19 and protect against the newly discovered variant of the virus. Company stocks jumped 4% following news of the anticipated approval expected later this week.

The UK and other countries have already begun distribution of the US-German made Pfizer-BioNTech vaccine, which many believe will be more effective than AstraZeneca’s vaccine in the battle against the pandemic, having so far shown a 70% efficacy rate compared to Pfizer’s 95% and Moderna’s 94.1% conclusive test trials, both of which have received US approval in the past two weeks.

Britain’s medical advisory regulator is currently reviewing data from AstraZeneca’s three-phase clinical trials with expectations that approval could occur as early as Thursday for distribution rollout the first week of January.