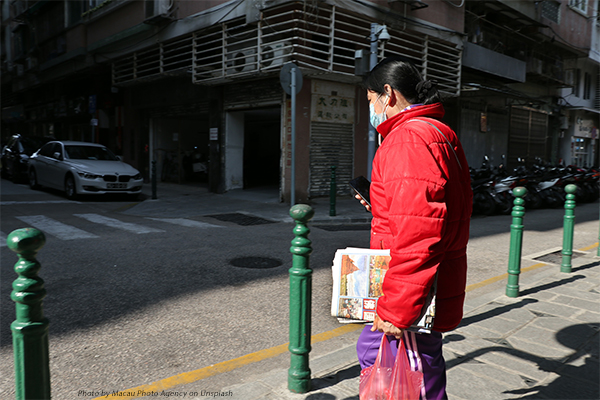 A Chinese court sentenced citizen journalist Zhang Zhan to four years in prison for reporting on the coronavirus at the time of the initial outbreak in Wuhan where COVID-19 is believed to have originated. The 37-year-old was one of several reporters to publicize firsthand knowledge of the virus almost a year ago, illustrating a much more dire scenario than the Chinese government made public at the onset of the epidemic in the central city.

The former lawyer traveled from her home in Shanghai early last February to document firsthand how the city of Wuhan was handling the deadly virus. She later publicized her findings in a series of online posts criticizing the Chinese Communist Government, who took her into custody in May under accusations of spreading misinformation, talking to foreign media and disrupting the order of Chinese society.

On Monday, Zhang was formerly convicted of “picking quarrels and provoking trouble,” according to a statement issued by her attorney, who also said Zhang did not react when the sentence was handed down; nor did she speak when asked if she wanted to file an appeal. Zhang has been on a “long-term hunger strike” being forced-fed while in custody awaiting trial.

Zhang pleaded not guilty to the charges while Amnesty International has been investigating human rights abuses for several months, including harm to Zhang’s health, citing the “risk of torture” and other possible mistreatment. The United Nations announced in a series of Twitter posts they are calling for Zhang’s release out of deep concern for her welfare and an example of the excessive restrictions being placed on Chinese citizens with regard to freedom of expression about COVID-19.