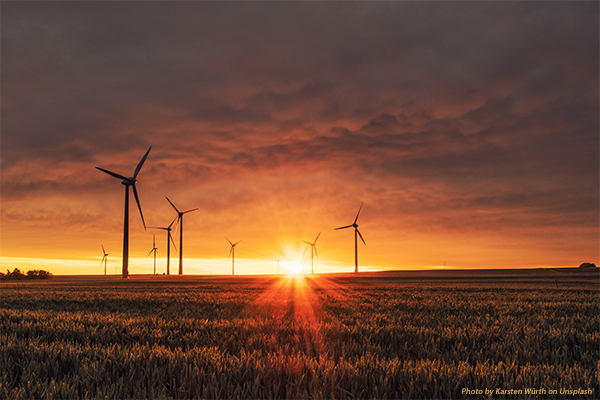 The enormous pandemic relief legislation passed by Congress on Monday includes billions of dollars allocated to fund clean energy alternatives such as solar and wind power. The plan also includes greatly reducing the use of harmful coolants in air conditioners and refrigerators, which will be phased out and replaced over time with eco-friendly technologies which will not pollute the air. The climate and energy aspects of the bill were supported by legislators from both the Republican and Democratic parties, who hailed the achievement as the most significant progress towards climate change laws enacted in the past decade.

Senator John Barroso (R-WY), who chairs the Senate Environment and Public Works Committee, said the historic charter is comprised of three separate segments of legislation which were formulated to “significantly reduce greenhouse gas emissions.” The measures include advances in technologies to “capture” and contain carbon dioxide emissions which are released into the atmosphere by manufacturing plants, reduce vehicle emissions from diesel engines and “authorize” a 15-year reduction of hydrofluorocarbons, which are released from refrigeration, cars, air conditioners and more. HFC’s are also being addressed worldwide after being recognized as a major contributor to air pollution and global warming. Barroso said all three of the “measures will protect our air while keeping costs down” for Americans.

The legislation also offers extensions on tax credits for wind and solar power which are a central part of President-elect Joe Biden’s ambitious plan to generate only 100 percent clean energy electricity by the year 2035.