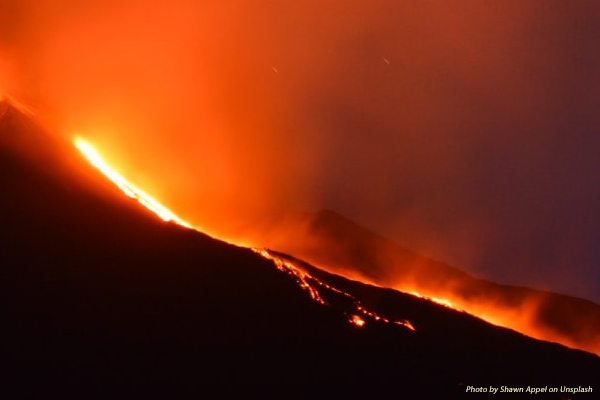 Residents on the Big Island of Hawaii were issued a warning to remain indoors following a volcanic eruption of Kilauea, which is the most active of the five volcanoes that comprise the big island. Explosions erupted sending plumes of steam-filled ash skyward on Sunday, following a series of small earthquakes at the Halemaumau Crater. According to the US Geological Survey, the quakes measured 4.4 on the Richter scale immediately following the eruption.

Molten lava streams are flowing from the erupting volcano, creating a lava- filled lake, although the USGS said they don’t expect any significant damage to buildings or homes and the lava flow has been contained with no deaths or injuries reported.

The National Weather Service extended a stay indoors advisory due to ash and “low-level steam” continuing to linger in the vicinity surrounding the crater, which had seen a more serious eruption in 2018 forcing hundreds to evacuate and destroying hundreds of houses.