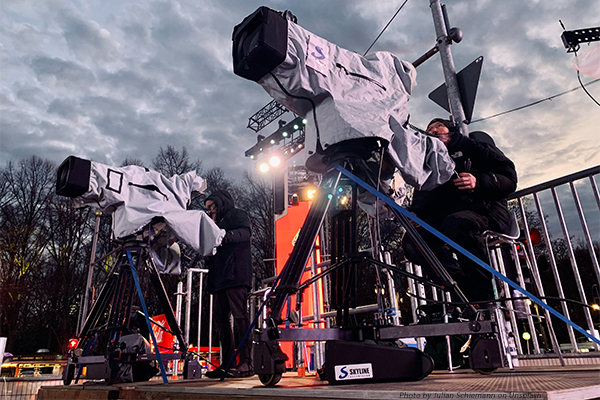 Actor Tom Cruise was seen yelling at the crew members on the set of his new movie, “Mission: Impossible 7,” in Britain. Cruise, who is both staring in as well as producing the new film reportedly began to yell at the movie crew after he saw two members standing too close together in front of a computer screen.

In an audio recording obtained by The Sun, Cruise expresses his disappointment and anger towards the members for breaching coronavirus protocols. “We are the gold standard. They’re back there in Hollywood making movies right now because of us. Because they believe in us and what we’re doing. I’m on the phone with every fucking studio at night, insurance companies, producers, and they’re looking at us and using us to make their movies. We are creating thousands of jobs, you motherfuckers. I don’t ever want to see it again. Ever,” he stated.

Cruise went on to warn the crew that if they were caught breaking protocols again, they will be fired, emphasizing that others are, “losing their fucking homes because our industry is shut down. It’s not going to put food on their table or pay for their college education. That’s what I sleep with every night — the future of this fucking industry!”

The film has had many delays and issues since it began in July in Italy, Norway, and London. In August, a motorcycle accident caused a delay of production in Britain, which was then followed by a shut down of production in Italy in October after 12 people on set reportedly tested positive for the coronavirus. Filming was not resumed until a week later.