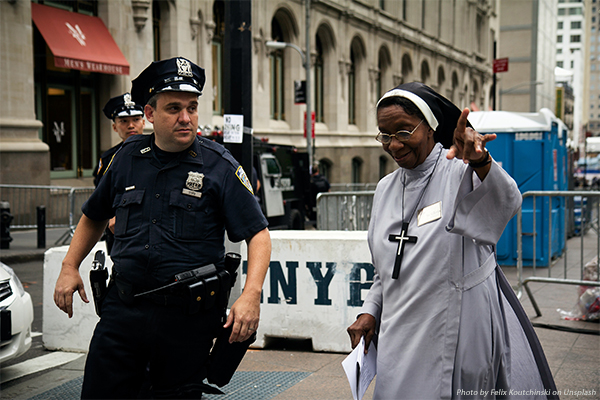 Immediately following a Christmas concert outside St. John’s Cathedral in New York City on Sunday, a gunman opened fire before being shot by police responding at the scene. The gunman was observed standing on the steps of the church holding two handguns as he approached the doors and opened fire into the air. One NYPD sergeant and two officers returned gun fire, with fatal shots to the suspect’s head. The gunman had been yelling “kill me,” according to several witnesses, although no reported motive has been made clear.

The shooter, a male in his 50’s, was pronounced dead later on Sunday at St. Luke’s Hospital. A spokesperson for the cathedral, Isadora Wilkenfeld, said the shocking violence cut short what was planned to be an afternoon of joy, unity and song as the choir performed a holiday concert for the city; a gift during a pandemic-ridden stressful time. “Thankfully,” no one in attendance was struck by the gun shots.

Officers retrieved multiple firearms from the scene, including two semi-automatic weapons and a bag, which they believe belonged to the suspect, containing a bible, several knives, rope, wire and a can full of gasoline. New York City police officers are continuing their investigation which includes reviewing body cam footage.