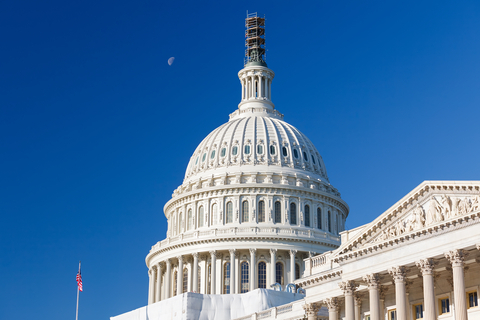 On Friday, the Senate passed a funding bill to keep the government open for one week while they continue to grapple with coronavirus stimulus relief. The bill averts a government shutdown with funding scheduled through December 18, provided that President Trump signs it before midnight. The short-term solution buys Congress extra time to work out a long-term government funding bill as well as agreeable terms for an economic stimulus package, which has been stalled for months in unresolved negotiations. Lawmakers are hoping the upcoming holiday recess will motivate leaders to finally come to terms in order to pass a stimulus bill to support a desperate economy riddled by the pandemic.

The Senate also passed a massive defense bill on Friday with overwhelming support for the $740 billion authorization by a vote of 84-13 to fund the NDAA (National Defense Authorization Act). The bill passed through Congress earlier this week with a 355-78 vote and will now go before President Trump, who has threatened his veto due to two items of contention.

Senate Majority Leader Mitch McConnell (R-Ky) said the bill doesn’t cover every policy each side would like, but it does hit all the main points and encouraged his colleagues to vote to move the bill ahead. Leaders are anticipating a possible veto showdown with Trump, who opposes Confederate named military installations being renamed within three years. The bill also counters Trumps efforts to withdraw the majority of US troops stationed in Germany and Afghanistan.