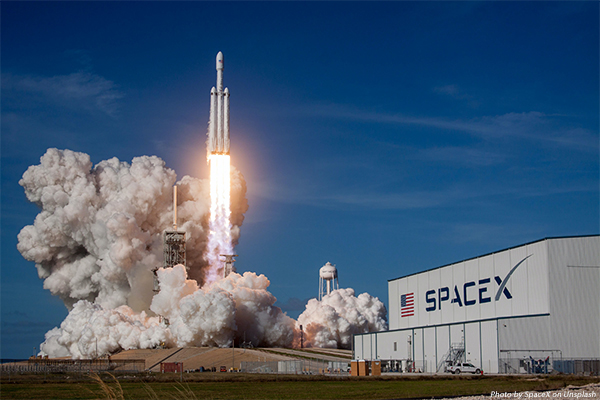 Elon Musks’ SpaceX company conducted a test run of an unmanned space rocket prototype on Wednesday which blasted off from its launch site in South Texas. The futuristic Starship is the company’s most ambitious flight test to date, which reached an airline flying altitude of around 41,000 feet (8-miles) up before falling back to earth in a perfectly planned tail-end landing. The rocket, which exploded upon impact with the ground, is considered a great success, despite the ship’s fiery destruction.

The 160-foot-tall prototype ship landed at an accelerated speed which was faster than planned after performing a dramatic flip back and forth between horizontal and vertical positions, marking a huge milestone for the SpaceX endeavor. Musk tweeted “Mars here we come!” after the completed test run.

The ship was designed as a two-stage reusable rocket which Musk said represents the future in rocketship technology. Wednesday’s test launch prioritized focusing on the upper stage of the heavy booster which is where, one day, astronauts will navigate the ships in a mission to orbit Earth and position satellites as well as carry cargo to the Moon and eventually, they anticipate, to Mars.