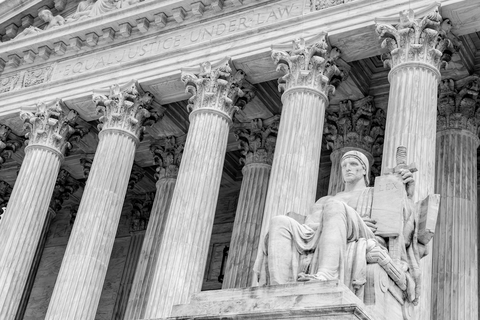 On Tuesday, the Supreme Court of the United States denied a request by Pennsylvania state Republicans to block certification of the Commonwealth’s presidential election results in a crushing defeat of their ongoing attempts to invalidate President-elect Joe Biden’s sweeping victory. The high court’s action also delivers a harsh blow to President Donald Trump, who has frequently alleged the court would overturn his loss, which he mentioned as he projected the possibility of losing the presidential race throughout his campaign. Trump has continued to make a direct effort to undermine the will of American voters during his ongoing false allegations of widespread election fraud.

The Supreme Court justices issued the ruling without any public dissent, despite three of the six conservative justices having been nominated by Trump himself, including the most recent appointment of Amy Coney Barrett who marked her official first vote in the ruling against the GOP request. The order further reinforces the court’s continued indication of a non-interference position regarding state election results, allowing the electoral process to proceed unimpeded.

Tuesday also marked the “safe harbor” deadline for state ballot certifications to be finalized under federal law. Congress is then required to accept and officially count the electoral results in January from those states who met the certification deadline. Reportedly every state, except Wisconsin where a hearing is scheduled for later in the week, has met the deadline to elect Joe Biden as the next President of the United States. There is no reported reason to believe Congress will not accept Wisconsin’s 10 electoral votes, although Biden still exceeds the 270 needed to be officially elected president. Biden’s Wisconsin electors are scheduled to certify results on Monday.