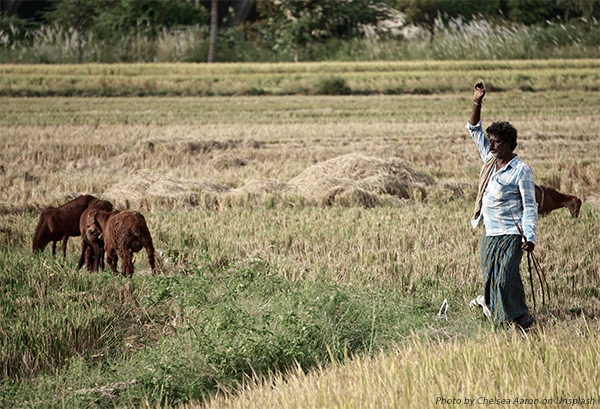 Independent farmers in India, whose farmlands average just several acres or less, are rising up in protest against Prime Minister Narendra Modi, who has proposed overhauling the country’s 146 million small farm business practices. Modi claims the restructuring will benefit small family farms by freeing them from the constraints of the state-run agriculture system. Farmers are opposed to the changes, saying it will pave the way for large corporate take-overs of their modest farming businesses by driving prices lower than they can afford to sell at. To illustrate their opposition to the proposed measures, many small farmers have taken to burning their waste crops, despite the fact they are aware of the resultant air pollution it contributes, intensifying choking smog conditions in heavily populated areas such as the northern city of New Delhi.

The protests and increasing pressure on Mr. Modi to come to an agreement has escalated across the country as many farmers have joined in the movement, blocking highways leading to New Delhi. Devinder Singh, who works a larger than average 17-acre parcel in the northern region of Punjab, knows setting his rice field waste ablaze is detrimental to the environment, but believes it is an effective way to garner the attention of Modi and government officials in order to protect small farming businesses in a country which has been economically devastated by the coronavirus pandemic and seen an unprecedented number of COVID-19 infections and deaths. The two sides are scheduled to restart talks on Saturday, although officials have stated they are not willing to compromise by repealing laws or setting pricing standards as law for certain crops.