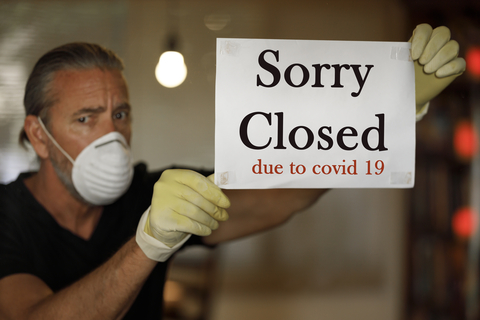 On Monday, California Governor Gavin Newsom announced a possible stay-at-home order for counties in the state which have rising COVID-19 cases and pose the threat of overwhelming hospital health care facilities, which could occur by Christmas. Newsom said he is working with state and local health officials in an effort to pinpoint hotspot locations where hospitals are at the most risk of being inundated with more cases than they are able to handle.

So far, California has been among several states which have kept the spread under considerable control, but the governor believes additional measures may be needed due to the unprecedented new pace the virus case increase has accelerated to. The state’s move of several more counties to the purple level, which is the highest risk stage, will affect nearly the entire population of close to 40 million people.

If the new restrictions are implemented, residents will be required to remain home except for essential needs. Currently there is a statewide prohibition of gathering in places of worship, restaurants and gyms in 51 of the 58 counties statewide. Los Angeles County has already issued a stay-home order for the city and surrounding suburbs which comprises the most populous region in the state, with over 10 million residents. California has seen an uptick of cases averaging 14,600 daily, which is well above the peak recorded during the summer months.