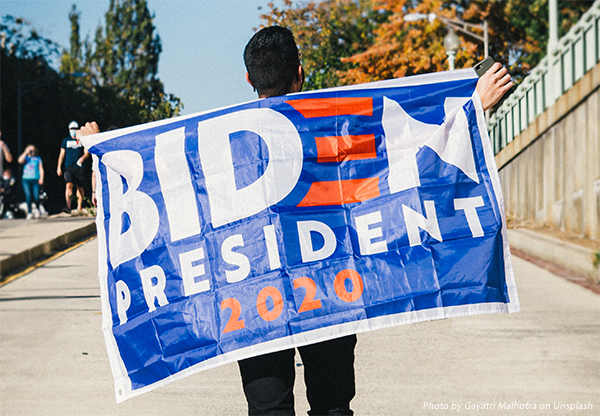 After two weeks of uncustomary delay, the General Services Administration has finally signed off on the official protocol for President-elect Joe Biden to start the formal process of preparing to transition his new White House Administration. Until recently, it was little known that this small administrative agency held the power in deciding when the presidential transition could officially begin. Although Donald Trump still has not conceded the presidential race to Joe Biden, he did indicate approval in a Twitter post on Monday for his GSA appointee, Emily Murphy, to sign off “in the best interest of the country.”

Murphy wrote in her official letter to Biden that, although Trump had made the recommendation, she acted independently in reaching the decision to allow Biden to move forward “based upon the law.” Murphy claimed she was never coerced or given any direction from White House staff or President Trump to delay the approval.

Murphy has been under fire from all sides, including national security experts who warned that her lack of action to formalize the process posed a serious threat to the country, especially during an unprecedented pandemic. Murphy also said she finally reached the conclusion that, considering State certification’s for Biden’s win, including Michigan on Monday, and a variety of legal challenge failures by Trump’s team, she reached the decision to move ahead with allowing the formal White House transition to begin for the Biden team.