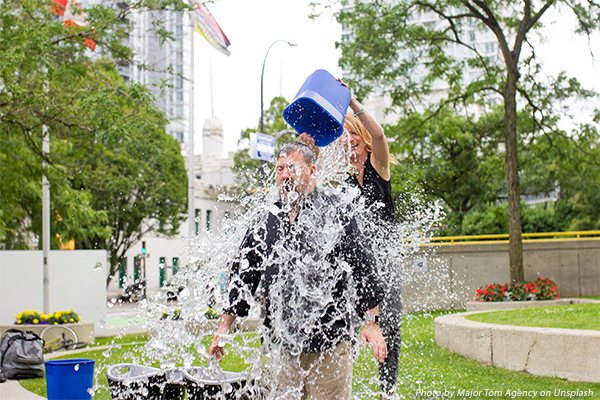 Patrick Quinn, who co-created the virtual Ice Bucket Challenge for ALS (amyotrophic lateral sclerosis) awareness, has died at the age of 37 after battling the illness, otherwise known as Lou Gehrig’s disease, for seven years. The Ice Bucket Challenge, which went viral after it began circulating online in 2014, has since raised over $220 million from worldwide donations to ALS research and $115 million for the ALS Association, who issued an online statement praising Quinn’s efforts and calling him an inspiration to all who knew him.

Ice Bucket Challenge participants grew to include many celebrities including movie stars, athletes and politicians, who post videos of themselves dumping a large bucket of ice water over their head and then nominate someone else to take the challenge. Quinn began the promotion when he teamed up with a fellow ALS sufferer, Pete Frates, who also passed away from the disease in 2019. Facebook followers remembered Quinn for his tireless and inspiring effort to raise money and awareness, via the ongoing Ice Bucket Challenge, in the fight against the debilitating and often fatal ALS disease.