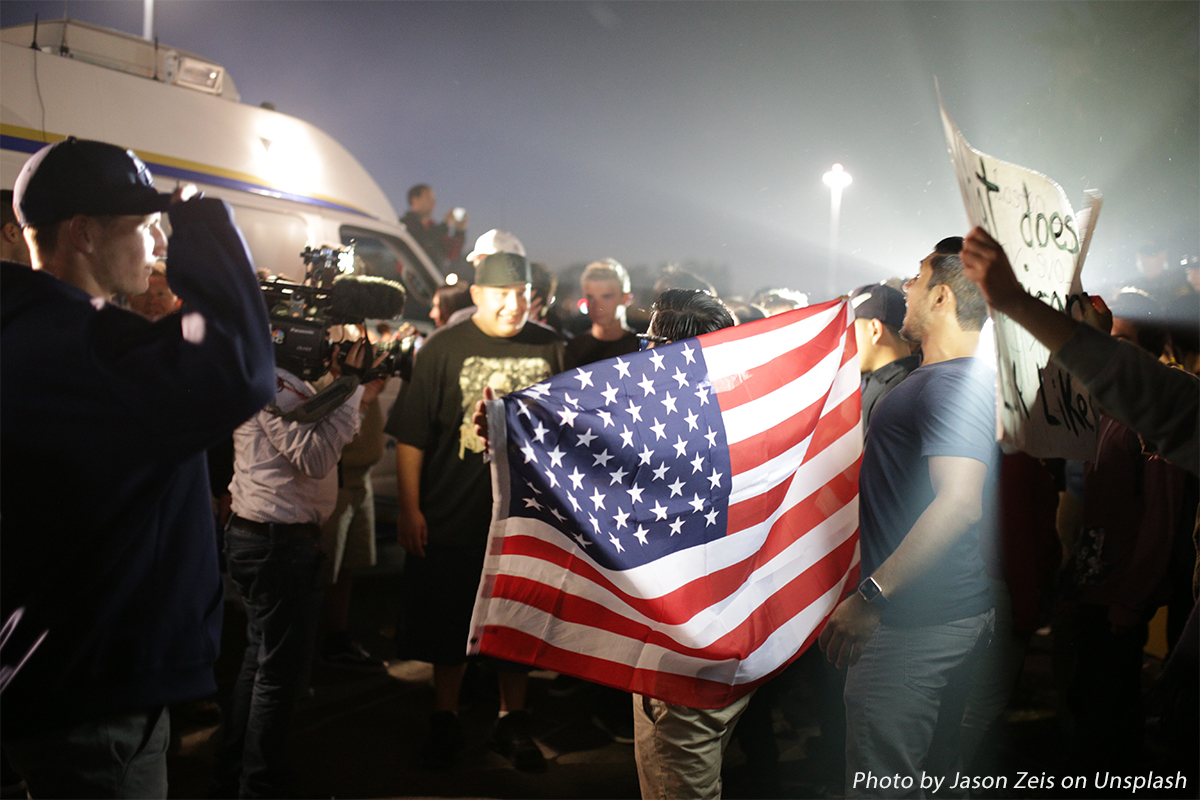 An angry group of around 300 pro-Trump supporters gathered outside the Maricopa County election center in Phoenix, Arizona, Wednesday night, following news network projections that Joe Biden is leading Donald Trump in the presidential race. Sheriff’s deputies were posted to block entrances to the building where workers were busy tallying ballots. The self-professed poll watchers shouted “count the votes” from the parking lot, which could be heard from inside. The tense atmosphere, with some of the demonstrators openly armed with guns, prompted security officers to escort poll workers to and from their cars during shift changes to ensure their safety.

With Arizona being one of the battleground states which could determine the outcome of the presidential election, emotions ran high as the mostly maskless crowd stood closely together peering through the glass window into the room were the vote count is taking place. At times the crowd chanted “stop the steal,” encouraged by President Trump’s accusations earlier in the day that the election is “a fraud.”

Two county officials, GOP Board of Supervisors Chairman Clint Hickman and Democratic Supervisor Steve Gallardo, issued a joint statement expressing their concern of misinformation spreading regarding the legitimacy of their election process. The officials stated, whether the ballot was cast in person or sent by mail, everybody “should want all the votes to be counted.” County elections spokesperson, Megan Gilbertson, reinforced the statement, saying their process is completely transparent, including a live video feed in the building where anyone can watch the ballot counting process online.