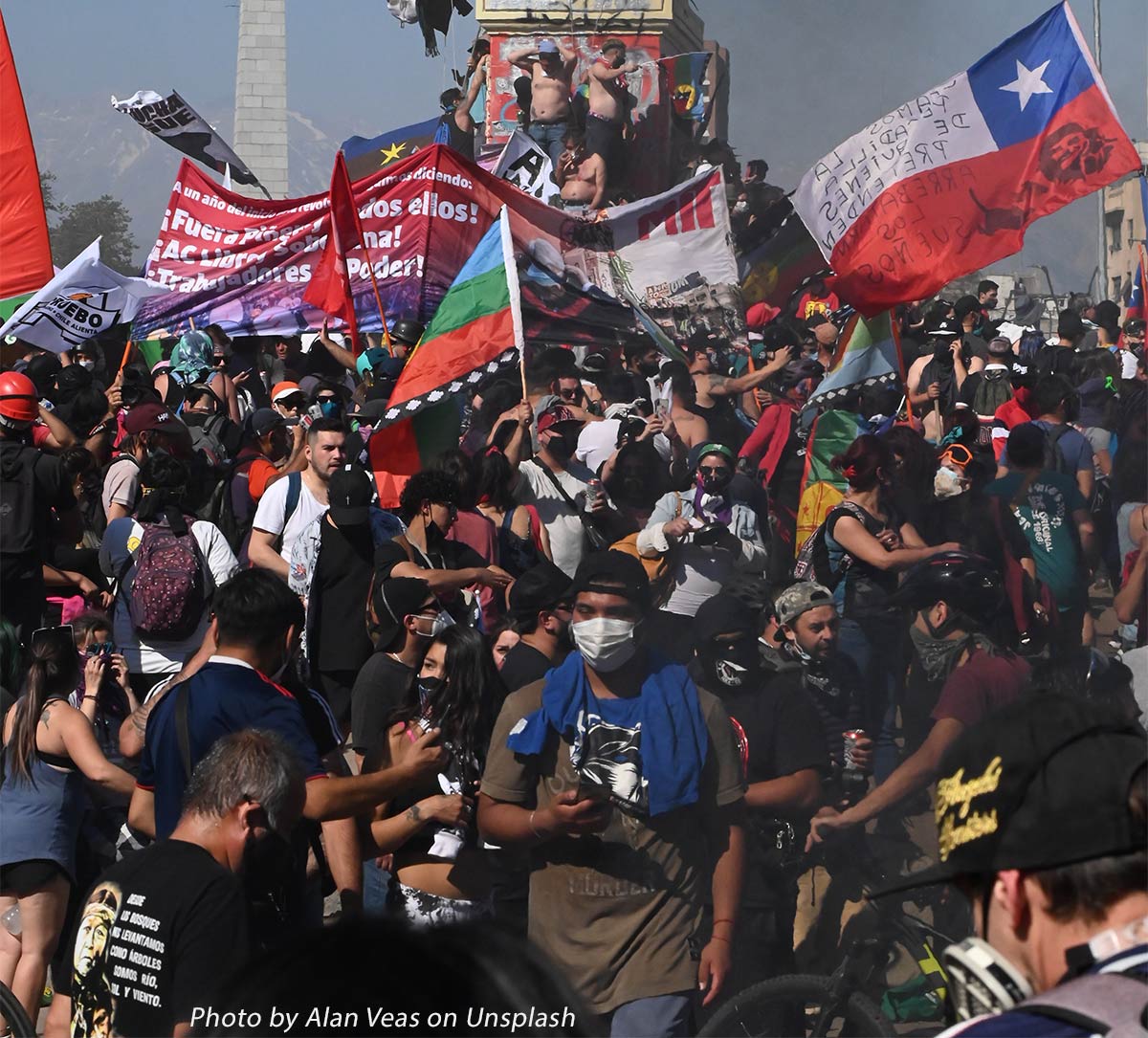 Chilean voters turned out in droves on Sunday to show their overwhelming support for long-awaited changes to their government. Over two-thirds of those voting favored constitutional modifications to their four-decades long military led dictatorship under General August Pinochet, in support of a new charter to be outlined by an assembly of 155 elected citizens. The Electoral Service reported 7.4 million voters, 78%, were in favor of the constitutional changes, with 22% voting against it. The new constitutional draft is scheduled to be presented on an election ballot for voters by mid-2022.

Following an uprising of demonstrations across the country, the conservative-held government agreed with the center-left to allow the referendum as a result of the protests ongoing for over a year. The dissent among a majority of citizens expressed exceeding frustration with inequality in health care, education and pension programs in one of the most developed nations in South America.

At the time the current constitution was drafted, the country was under heavy censorship by General Pinochet, who had dictated a ban on political parties. Following the vote count, center-right President Sebastián Piñera gave a speech to the country acknowledging victory, while cautioning the process will take time. Thousands of citizens danced in the streets in and around the capital city of Santiago, celebrating their triumph to initiate changes long overdue.