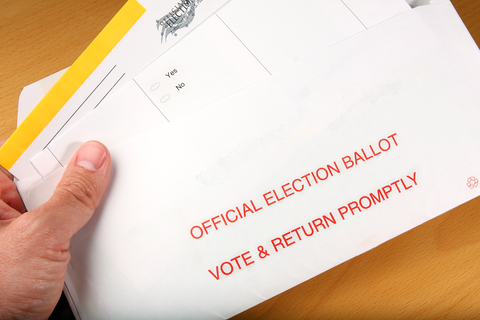 With an even divide of 4-4, the Supreme Court issued its decision on Monday to uphold a ruling for a 3-day extension to count general election mail-in ballots in the state of Pennsylvania. Election officials have until November 6 to tally voter ballots in the battleground home state of presidential candidate Joe Biden, which has received 2.6 million requests to vote by mail.

Democrats believe the large number of mail-in ballots, which is more than ten times higher than 2016, requires an extension to allow for potential mail delivery delays. Republicans objected, saying counting ballots late would only serve to cause confusion and chaos in the intricate process of an unusual general election.

The justices upheld that ballots which arrive by as late as Friday, November 6, at 5 pm, still qualify as legitimate and are to be counted as long as they were mailed on or before November 3. The eight members on the high court, short of their recently departed colleague, Justice Ruth Bader Ginsburg, were in a tied vote when they decided to set aside a previous ruling and allow for the ballot counting extension. Five votes would have been needed to grant the Republican request to disallow the extension.