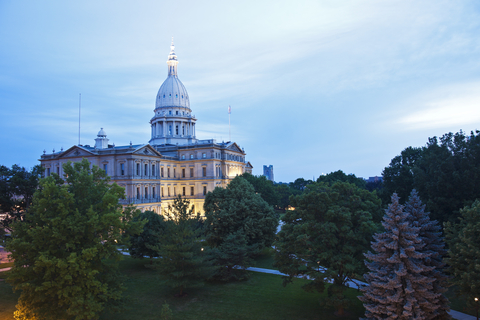 An eighth suspect has been arrested and charged in the foiled plot to kidnap Michigan Governor Gretchin Whitmer. Attorney General Dana Nessel said, 51-year old Brian Higgins of Wisconsin has been charged with material support to a terrorism act and could face up to 20 years prison time.

Seven other men allegedly linked to the Wolverine Watchman, an extremist paramilitary group, were also charged last week in a state court for materially supporting acts of terror as well as possession of an illegal firearm in conjunction with a felony. The thwarted plan included two-anti-government groups gathering an army of 200 to overtake the capitol building in Lansing and hold the governor hostage to conduct a “treason” trial.

Six other purported accomplices were also charged with the failed plan which included attacking Whitmer at home if their plot to storm the capitol was unsuccessful. Some of the accused men face both federal and state charges.

Threats to the governor’s life, as well as other officials and the public at large, are being taken very seriously. Nessel stated the “swift actions taken by state and federal authorities this past week are nothing short of heroic.”