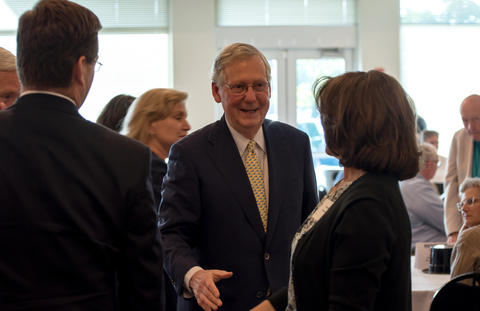 Despite opinion polls showing another round of coronavirus stimulus aid being among the highest priorities for many American voters, Washington continues to put politics over people with their ongoing disagreements of what the best solution is to benefit an ailing country desperately in need of additional relief.

Democrats have already filibustered the $1.8 trillion GOP bill, which was drafted last month, continually pressing for their $2.2 trillion comprehensive plan that Republicans claim is packed with demands not related to pandemic relief. McConnell said Nancy Pelosi has dug her heels in and completely rejected what she and other Democrats view as a “piecemeal” solution to a broader range of issues they believe should be included in the package.

President Trump stated recently Republicans should “go big” and abandon the limitations of the stimulus relief they have been advocating. The current GOP bill does not provide for the much needed second round of $1,200 stimulus checks, which does not bode well for Trump’s reelection efforts. McConnell could revise the bill before the revote, satisfying the president and helping many Americans financially in the process. Nancy Pelosi stated in a letter to her colleagues she believes Trump “only wants his name on a check to go out before Election Day and for the markets to go up.”