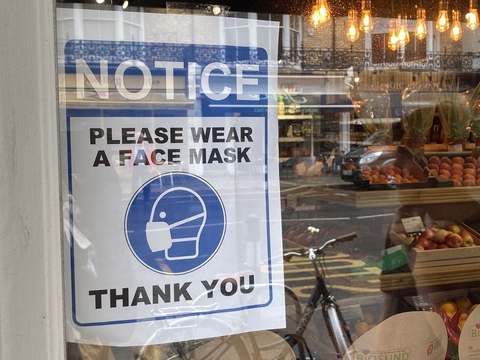 As health authorities predicted, and feared, COVID-19 cases are on the rise across America and have the potential to overwhelm healthcare systems and hospitals with an influx of patients beyond their capacity. The impending fall/winter surge could have been mitigated if not for the confusing rhetoric perpetrated by those who don’t believe in following the simple guidelines of wearing a mask and social distancing, which Dr. Robert Redfield, Director of the Centers for Disease Control, has consistently emphasized is the simplest way to curb the spread.

According to data released this week by John’s Hopkins University, who has been tracking statistics since the pandemic began, 30 states are currently reporting increased cases. The fall/winter uptick prediction is now manifesting particularly high in 13 states including: Wisconsin, Montana, Indiana, Iowa, Kansas, Nebraska, Idaho, South Dakota, Utah, Nevada, Wyoming, Florida and Alabama, which all saw a 10% increase of positive infections, over the national average of 5.1%, in the past week.

Dr. Anthony Fauci, Director of the National Institute of Allergies and Infectious Disease, said optimally health officials would like to see rates of 1% or less, but certainly no more than 3%. He further added, we’re starting to see a resurgence well above those percentages, which will inevitably lead to an increase in hospitalizations and deaths.