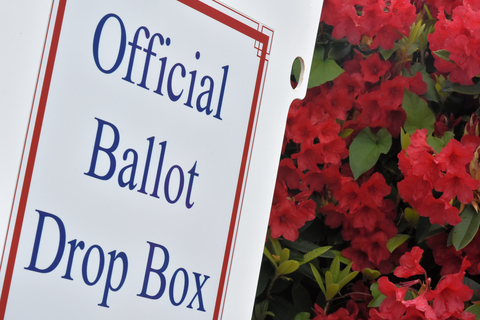 Republicans have been ordered by California’s chief of elections to promptly remove ballot drop boxes which were illegally placed in front of gun shops, churches and other locations around Fresno, Los Angeles and Orange Counties over the weekend. A cease-and-desist order was issued to California’s GOP by the state justice department and Secretary of State, Alex Padilla, to remove the drop boxes which lack the official mechanisms that deter tampering. Law enforcement officials are currently searching for potential witnesses to identify those suspected of delivering the boxes. An official letter was sent out by the state’s legal counsel ordering Republicans to remove all boxes and disclose details of voters who have already deposited their ballots in the unofficial boxes.

California’s Republican party has flat out refused to remove the boxes, saying they will not comply with the directive and may possibly even be adding more, citing California law allows for ballot harvesting – the right to collect and deliver ballots to their respective county election offices. California GOP spokesman, Hector Barajas, said state laws fail to distinguish between official drop boxes and those placed by private organizations, adding that “Democratic anger is overblown.” SecState Padilla said some of the illegal boxes were marked as “official” which were not placed by election authorities in the three affected counties. Although a 2016 regulation allows for voters to have their ballot hand-delivered by someone they trust, it is required to be signed by both the voter and the person or organization entrusted to deliver it and dropped at an official county election location within 72 hours.