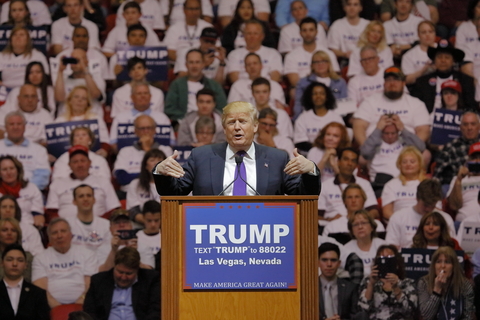 During his first rally since testing positive for COVID-19, President Trump boasted to a large tightly gathered audience at an airport in the Central Florida town of Sanford that he is now “immune” to the infectious disease. Trump, along with most of those in attendance, was not wearing a mask as he threw campaign merchandise items into the crowd, stating he felt “so powerful,” he’d like to “kiss everyone in that audience.”

Trump’s doctor had previously announced the president was no longer contagious and had tested negative for an unspecified number of days. Trump underscored his improved health, saying “It does give you a good feeling when you can beat something and now, they say you’re immune,” despite the fact there is no concrete medical or scientific data to support the theory that a person cannot become infected more than once.

Although he admitted to being uncertain of the length of his perceived immunity, Trump made accusations against unnamed officials, saying they were of “reducing” the immunity time, in another of his ongoing attempts downplay the severity of the deadly disease. There is no substantial data to affirm the president’s claims since COVID-19 has not been an infectious disease long enough to produce an adequate reinfection study.

Trump told the crowd the presidential race with Joe Biden is “the most important in American history,” claiming Biden’s handling of the pandemic would be a heavy-handed scientific approach. Biden fired back before the rally even started, saying Trump is once again bringing his “reckless behavior, divisive rhetoric, and fear-mongering,” as he continues to deny data from leading experts on the deadly disease which has infected nearly 40 million and claimed the lives of 1 million worldwide, including 215,000 American deaths to date.