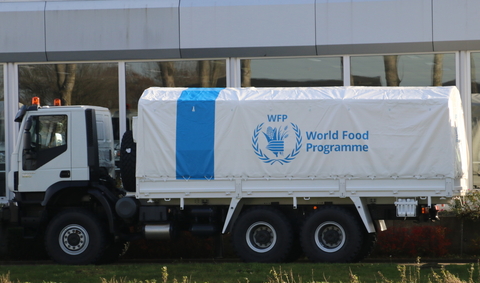 The Nobel Peace Prize was awarded to the World Food Programme (WFP), a branch of the United Nations, commending their considerable “efforts to combat hunger,” as well as their worldwide contributions to improving conditions for those suffering in war-torn areas.

The award was presented by The Norwegian Nobel Committee in Oslo, Norway, on Friday, who commended the WFP for being an influential force in preventing hunger from being weaponized during conflicts and stated “it wished to turn the eyes of the world towards the millions of people who suffer from or face the threat of hunger.”

Amid the pandemic, the WFP dropped food to remote villages using planes to get nutritional essentials to those in dire need. On average, the UN entity provides food supplies for 90–100 million people in 80–100 countries around the world and addresses food security issues. With an increased urgency worldwide due to COVID-19, they have provided meals to 138 million of the most vulnerable in the world so far this year.

The World Food Programme, which began in 1962, works on the front lines where conflict is the main cause of hunger. Currently the people of Yemen are experiencing the greatest hardship with 4 million people displaced in the midst of an ongoing civil war which has lasted five years. An estimated 24 million, 80% of the population, rely on humanitarian aid including food assistance for basic survival.