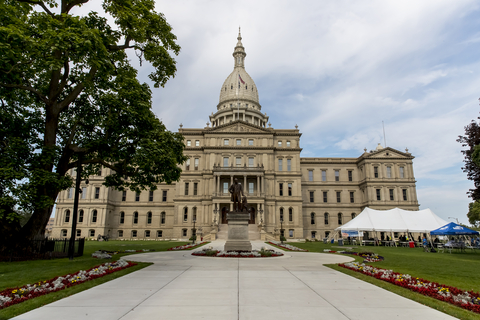 The FBI has foiled a plot to kidnap Michigan Governor Gretchen Whitmer, who had become the target of hate groups skeptical of the coronavirus and defiant of her restrictive measures. Thirteen militia members based in Michigan were under surveillance by an undercover investigator who attended a secret planning meeting held in a basement in Dublin, Ohio, in June. The militia group was plotting to overthrow Democratic run state governments, which “they believed were violating the US Constitution,” according to report from an FBI sworn affidavit.

Thirteen men were arrested on Wednesday. Six face charges of planning to conduct a “treason” trial against Governor Whitmer. Surveillance recordings show several of the men talking about “taking a sitting governor” and “murdering tyrants.” The group denounced lock-down restrictions put in place by the governor amid the pandemic, including whether or not to reopen gyms. The other seven men who were arrested face state charges of terrorism as well as gang-related activities in connection with the alleged kidnapping plan.

Officials stated the foiled plot included gathering around “200 men” to take the capitol by storm and hold hostages, including the governor. The men spoke of carrying out their plan prior to the election and, if it failed, their contingency plan was to attack Governor Whitmer in her home.