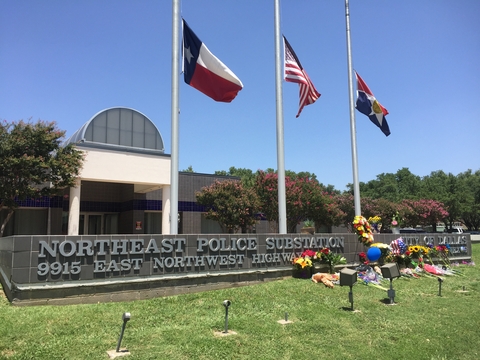 A Texas police officer has been arrested and faces murder charges in the death of 31-year old Jonathan Price. A preliminary investigation found the actions of Officer Shaun Lucas were unjustified in killing Price, a Black man, who was tasered and then shot by the officer while responding to a reported disturbance. Price was later pronounced dead at the hospital.

Around 8 pm on Saturday evening, Jonathan Price was at a gas station convenience store in Wolfe City, a small town northeast of Dallas, attempting to assist in an altercation between a woman and an “aggressive male,” according to Civil Rights Attorney Lee Merritt, who said Price, a city employee, was leaving when the officer arrived because the dispute had been resolved.

Reportedly, the officer was trying to detain Mr. Price, who was not posing a threat as he began to walk away, according to a statement issued by the Texas Department of Public Safety. On Monday, Texas Rangers took Officer Lucas into custody. He’s now being held at the Hunt County Jail. Lucas only completed basic training in March and was appointed to the police force on April 14, 2020, prior to working six months as a jailer for the county Sheriff.

Price is survived by his close friends, family and parents, who are brokenhearted at the sudden tragic loss of their son. His father said they brought him up to “do the right thing.” Mourners gathered on Monday remembering Jonathan Price as a “good man” and “role model” in the community.

Will Middlebrooks, former third baseman for the Boston Red Sox, posted on Facebook saying he was “sick,” “heartbroken,” and “furious” at the brutal killing of his close childhood friend. Middlebrooks organized a fundraiser for Price’s memorial and funeral services, which has received $70,000 in GoFundMe donations as of Tuesday morning.