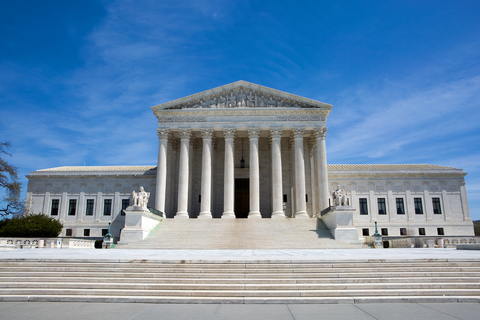 The US Supreme court granted a request from Republicans in South Carolina to reinstate a requirement which enforces the need for a witness-signature in order for absentee mail-in ballots to be validated. Republicans stated 150,000 absentee ballots have already been sent to voters and their concern is the witness requirement will be overlooked and therefore the ballots not eligible to be counted.

The unanimous vote was issued without any noted dissention on the court’s first full day back in session on Monday. There was one exception, stating any ballots received at least two-days prior to the decision will not be subject to the witness requirement, although Justices Thomas, Alito and Gorsuch, stated they would not have allowed those ballots to be counted.

Under law, South Carolina voters who cast absentee mail-in ballots are required to swear under oath their qualification to vote and that they have not received any assistance in deciding their choices and sealing the ballot envelope. The sealed envelope must then be signed by a witness under the voter’s signature to confirm the ballot’s validity.

Democrats have objected to the witness process, citing COVID-19 transmission risks to voters and witnesses as unconstitutionally placing a burden on the right to vote, which a lower court agreed with.

Justice Kavanaugh stated the Supreme Court should not be involved in altering state voting rules this close to election day and the lower court had defied that closely held principle.