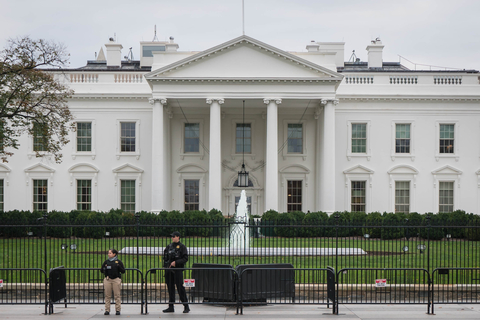 After spending several days at Walter Reed National Military Medical Center following his positive COVID-19 diagnosis, President Trump returned to the White House Monday evening, against the opinion of his advisers and with an abundance of caution issued by his doctors. Trump’s abrupt return while still contagious is alarming infectious disease experts and government officials. Upon arrival the president issued a statement saying there is nothing to fear from the virus and people shouldn’t let it dictate their lives – not acknowledging COVID-19 has already taken over 210,000 American lives and infected nearly 7.5 million to date.

Standard protocol for a person infected with COVID-19 is a 10-day quarantine. It doesn’t appear the president is willing to adhere to the CDC guidelines for curbing the infectious spread. Several staffers were observed waiting inside the White House not wearing masks as the president entered with his mask removed. The virus has been spreading to others in the president’s inner circle, including the first lady and most recently White House spokesperson Kayleigh McEnany, along with two of her staff members.

By Tuesday morning, Trump was back on Twitter comparing the coronavirus to a seasonal flu. Although details of his condition remain unclear, he did receive experimental treatments not available to the general public and medications which are usually reserved for the most severe cases.

The decision to leave the hospital goes against recommendations from his medical team, although his doctors approved it. Public statements issued by medical staff members at Walter Reed were required to meet with Trump’s prior approval.