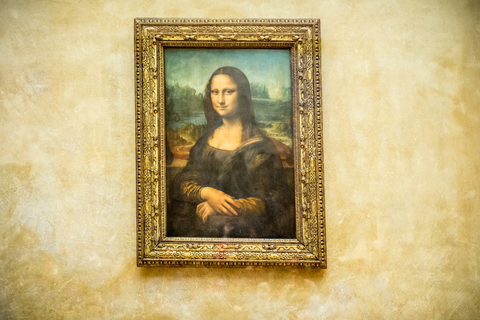 A ground breaking discovery was uncovered by researchers following a 16-year study of the infamous Mona Lisa portrait created by Leonardo da Vinci in 1503.

By request from the Louvre Museum in Paris, the painting was examined digitally using multi-spectral high-resolution camera technology, which illuminated microscopic traces using infrared light over every part of the painting’s surface. It then created an algorithm that revealed the faintest of hidden details from the lighter shades, making the paintings layers more visible.

What researches uncovered was a hidden spolvero under-drawing; a technique used by artists in planning a painting which helps them paint the subject to scale and ensures the outline is to their liking before they put paint to canvas. It is also used to create additional originals from the outlined sketch, if, for example, the artist has a patron who requests an original version of a painting they like.

When a painter creates a spolvero, they begin with an outlined sketch into which small holes are punched and charcoal is then dusted over the holes to form a stencil outline to use as a guide for painting the final piece.

What’s remarkable is the under-drawing discovered behind the Mona Lisa is equivalent to a low-tech form of screen printing. Since da Vinci was also a master inventor, it’s no surprise to find yet another modern-day technique invented by the original Renaissance man!