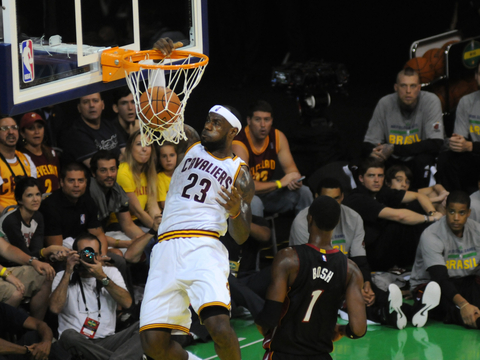 NBA star LeBron James hit another goal in his basketball career Saturday as he became one of the four players in history to make it to the finals ten times. Others include Bill Russel, who leads at 12 times, Sam Jones with 11, and Kareem Abdul-Jabbar with 10, all of whom are now Hall of Famers.

James made his first appearance in the finals with his former NBA team the Cleveland Cavaliers, however after the team had trouble making it in the following years James moved to the Miami Heat where he made his next 4 appearances in a row along with the team at the finals. After, James then moved back to the Cavaliers where he went another 4 times in a row to the finals. This past Saturday he led his current team, the Los Angeles Lakers, in a win against the Denver Nuggets in game 5 of the Western Conference Finals. This win secured his 10th appearance in the finals.

James now also looks to secure the 4th NBA title of his career as well.