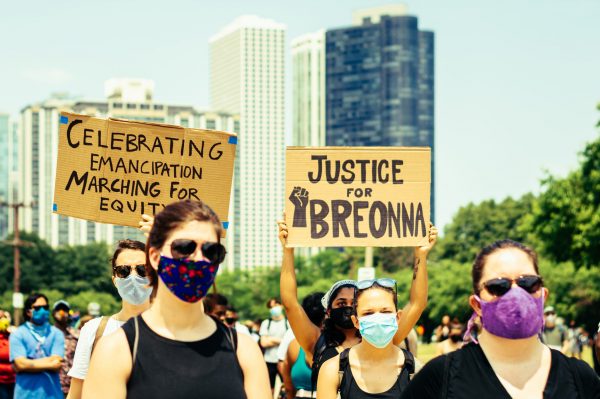 Kentucky Attorney General Daniel Cameron confirmed in a written statement on Monday that he never intended to recommend charges against Louisville police officers involved in the shooting death of Breonna Taylor. Following public outrage over last week’s grand jury deliberations, which resulted in no charges against any the officers involved in Taylor’s death, Cameron stated he did not object to the court record being made public and he’s confident in the case he presented.

Cameron further added he did recommend the “wanton endangerment” charges filed against one of the officers for shooting into a neighbor’s home during the no-knock raid on Taylor’s apartment on March 13. Taylor was shot five times and killed when police officers broke down her door unannounced to serve a narcotics warrant to her ex-boyfriend, who reportedly shot at the officers who fired back killing Taylor in the process.

Officer Brett Hankison was charged last week on three felony counts of endangering the lives of residents in an apartment next to Taylor’s on the night of the raid. Hankison, who was removed from the police force following the incident, pleaded not guilty to the charges on Monday. During the proceedings a judge ordered the public release of the court record following a law suit filed by a member of the grand jury panel. The documents are set to be released on Wednesday.