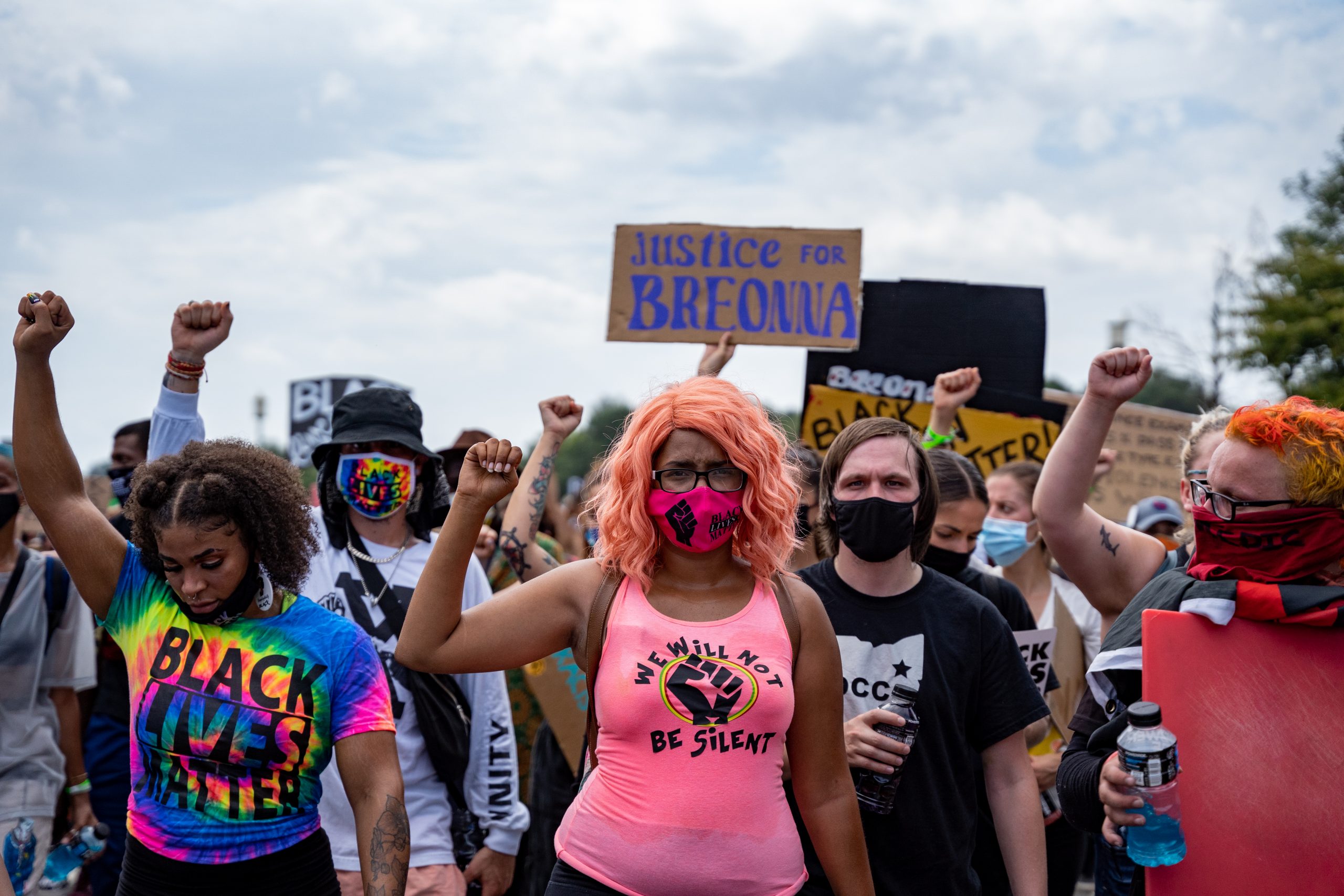 Protests continued in cities across the country on Thursday, for the second night in a row, following a grand jury decision not to file charges against the officers involved in the shooting death of Breonna Taylor. In Taylor’s home town of Louisville, Kentucky, windows were shattered as demonstrators violated the 9 pm curfew and marched chanting “No justice, No peace.” At a nearby church, protesters were welcomed to assemble and continued to shout “Black Lives Matter” at police, since they were technically not breaking the curfew on private property.

On Wednesday, a grand jury issued a decision not to charge any of the officers involved in the incident. Only one of the three faces charges, which are not related to the shooting death of Breonna Taylor. Officer Brett Hankison was indicted on three Class-D felony counts of “wanton endangerment” for shooting into a neighbor’s home during the raid on Taylor’s apartment which left her dead.

In an effort to quell the violence and offer transparency in the details of the decision, Kentucky Governor Andy Beshear is calling to make the evidence reviewed by the grand jury available to the public. He believes if the attorney general posts the evidence online, people will have the opportunity to view the facts and decide for themselves if the decision was in fact unjust or not.

The Taylor family attorney, Benjamin Crump, is questioning what evidence was presented to the grand jury which caused a dismissal of any charges against the officers involved in Taylor’s shooting. Crump is also calling for transcripts from the proceedings to be made public.