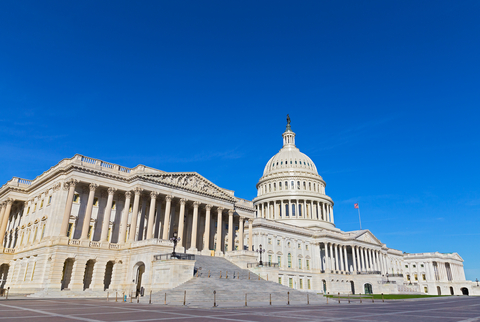 The GOP convened on Monday in a preliminary meeting, following the Friday announcement of the death of Supreme Court Justice Ruth Bader Ginsburg, in a discorded effort to quickly nominate and seat Ginsburg’s replacement on the high court.

Senator Lindsay Graham, the Senate Judiciary Chair (R-SC), signified his intent to push for a nomination prior to election day. He further stated he is confident they have enough votes to pass a confirmation in the short time-frame saying, “That’s the constitutional process.”

Although President Donald Trump agrees with the push for a nominee confirmation before the November 3 election, many Republicans currently remain uncommitted. Other leaders in the GOP have suggested the party has in fact not agreed on fast tracking a nominee to fill the vacancy left by Ginsburg – who served for 27-years and was the only woman Supreme Court Justice since the departure of Justice Sandra Day O’Connor, who retired in 2006.

The GOP plans to meet on Tuesday afternoon for a full conference with all 53 Republican senate members. In reported interviews with more than a dozen Republican senators, only a few agreed with Senator Graham to push for a quick nomination. Several senators expressed their concerns that a confirmation prior to the election would be highly difficult. Others said it could pose voter uncertainty in tight state senate races and potentially cause an historic controversy over its legitimacy.

Senate Majority Leader Mitch McConnell (R-KY) has vowed to reinforce the senate vote “this year,” saying the senate does have “more than sufficient time to process the nomination.” Senator Mitt Romney (R-Utah), who is considered a swing vote, issued a statement early Tuesday saying he will vote based upon the candidate’s qualifications. The senate needs at least 50 votes to proceed.