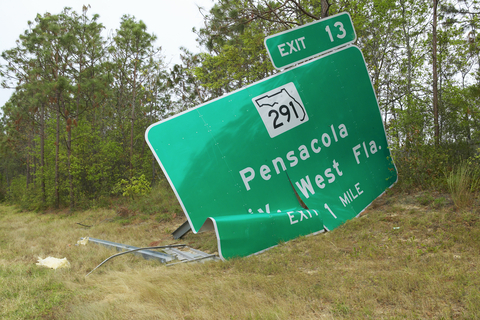 In the aftermath of Hurricane Sally, which severely pummeled parts of the Florida Panhandle and Alabama, major flooding still poses a threat where the daunting task of cleanup and recovery is underway. The massive Category 2 storm made landfall on Wednesday, bringing torrential downpours of as much as 30-inches of rain, turning roadways into debris filled rivers and causing devastating destruction in its path.

Remnants of the storm left many residents navigating flooded streets on Thursday, with ongoing threats of high surf and overflowing rivers, streams and creeks. Some residents lost everything as they watched the rushing water carry their belongings away. Although evacuation orders were issued in the region, many residents chose to ride it out not believing it would not hit as hard as predicted.

Residents along Florida’s Panhandle saw entire first stories of their homes completely submerged in flood waters caused by strong wind-driven heavy rain and high surf which rose at least several feet above ground level. The city of Pensacola, which is among the hardest hit, estimates damages from the storm will reach nearly $8 million. One person is reported to have died in Alabama and another is still missing.

The threat of rising water is expected to peak along the Gulf by late Friday; however, high surf advisories of 1 – 2 feet remain in effect along the coastlines of Georgia and the Carolina’s at least through Monday.