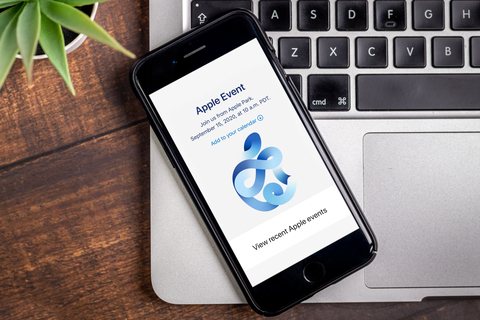 The company’s two new model’s for Apple Watches were revealed on Tuesday. The first watch titled the “Series 6” was priced at $399 featuring a sensor that allows users to take a reading of their blood oxygen levels in as fast as 15 seconds. The second model titled the “Apple Watch SE” was priced at $279, however it does not include the new blood oxygen sensor. Both models will be available for purchase on Friday.

Apple has also announced their own personal fitness service called “Fitness+” which offers videos for classes such as yoga cycling, strength training, high-intensity interval training, and dance. Users will be able to launch the service on their iPhones or Apple TVs and also have the option to link their Apple Watch to it as well. The company has stated their own personal workout instructors will be featured on the service and there will be new sessions added weekly. The service will be available to users later this year for $10 per month or $80 per year.

Starting this fall Apple also will be making a bundle titled “Apple One” available to its consumers. “Apple One” will allow people to subscribe to a bulk of its subscription services altogether for one price. “Apple One” will include subscriptions to Apple Music, Apple TV+, Apple Arcade, and 50-gigabytes of iCloud storage for $15. The family plan option allows for all devices in your family to share the subscriptions and raises the storage to 200 GB for $20 a month. Users may also upgrade to the “Premiere” level which includes “Fitness+” and “Apple News+” as well as 2 terabytes of storage for $30 a month.

The company also revealed two new iPad models including a new-base model that’s almost identical to the eighth-generation model however it features a new performance bump. The model will be available for purchase starting Friday for $329. Their second model is a new iPad air which features a larger 10.9-inch display allowing a more dense 2,360 x 1,640-pixel resolution, touch ID which is now integrated into the top sleep/wake button, new charging port making it available to be charged with the same chord as a MacBook or iPad Aid, and a new A14 Bionic chip. The new chip will improve performance and is set to become the new standard model over the next year. This new model will be available for purchase next month for $599.

The final announcement was given to Apple’s new iOS 14 upgrade which is available for iPhone models.