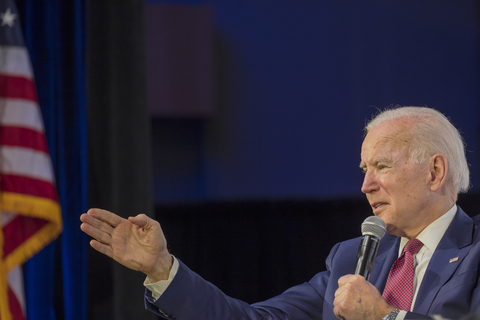 CNN moderator Anderson Cooper held a drive-in style town hall meeting on Thursday night with Democratic presidential nominee Joe Biden in Biden’s home town of Scranton, Pennsylvania. While those in attendance listened from their parked cars, Biden and Cooper spoke on stage with a microphone set up in front of the stage to answer audience questions.

Biden began by addressing President Trump’s recent notion that if Biden is elected there would be rampant disorder and violence across American cities and suburbs. Biden reinforced his intention for unity in our country and stated he plans on being “America’s President,” not just a Democratic one.

He reiterated his compassion for small-town America, saying Trump favors the wealthy and only thinks about Wall Street and the stock market. Biden further criticized Trump’s economic policies for ignoring working class people in favor of the wealthy.

In keeping with his moderate position, avoiding leaning too far left, Biden stated he is not in favor of ending natural gas fracking – a method which is known to cause harm to the environment and human health and has been banned in several states including New York, Vermont, Maryland and Washington; but is a leading industry in Ohio and Pennsylvania – two important swing states in the presidential race.

He answered questions concerning his own plan to address climate change stating his Green New Deal will be a high priority on his agenda and was negotiated with Senator Bernie Sanders of Vermont along with other allies in the Democratic National Committee.