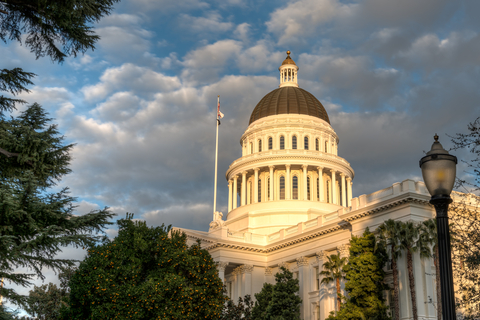 President Trump traveled to Sacramento, California, on Monday to meet with Governor Gavin Newsom and other officials for a briefing on the devastating wildfires which have claimed lives and caused catastrophic damage along the west coast. With the smell of burning embers permeating the air in much of the state, Trump renewed his baseless and illogical claim that failing to clear fallen timber and rake up forest floors is causing the massive infernos.

The fires, which have been ongoing for the past month, are bringing another hurdle to Trump’s reelection campaign – which is already threatened by his widely unpopular response to the coronavirus pandemic, continued social turmoil and high unemployment rates.

Wade Crowfoot, the state’s Natural Resources Energy Secretary, was present at the meeting and urged the president to accept scientific data which all points to climate change affecting our forests. Crowfoot told the president we cannot afford to ignore science and pretend it’s a matter of managing vegetation – which will not solve the climate crisis or protect California’s residents from the dangers the increasing wildfires pose.

Trump responded by saying, “It will start getting cooler; you just watch.” Crowfoot said he wished science could agree with the president’s opinion, to which Trump replied he doesn’t think science really knows. Scientific experts agree Trump’s idea that the planet is suddenly going to cool down is in complete contradiction to their factual data and reality.

In a speech on Monday, Democratic presidential candidate, Joe Biden, said the destruction and escalating death toll along the west coast states requires “stronger presidential leadership,” and referred to Trump as a “climate arsonist.”