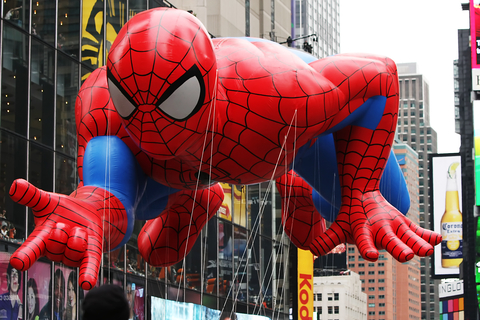 The 95th Annual Macy’s Thanksgiving Day Parade in New York City will still be held this year, with changes being made to address the safety of all. The parade, which airs on Thanksgiving morning, will be televised on NBC networks nationwide with certain performances being prerecorded to feature local talent and bands, who will tape the segments under COVID-19 guidelines outlined for the film and television industry.

The coronavirus pandemic has forced the company to “reimagine” its long-held holiday tradition, which is usually teeming with thousands of spectators along the 2.5 mile parade route, rather than canceling it entirely. This year, there will be no spectators, parade personnel will be reduced by 75%, required to wear masks and follow social distancing protocols. The historic parade route will be eliminated and the usual 80-100 giant inflated balloon handlers will be replaced by specialty vehicles rigged with anchoring framework to hold the giant balloons in place.

New York City Mayor Bill de Blasio held a press conference on Monday saying it won’t be the same parade as years passed, but will be a reinvention of an old tradition designed to suit this moment in our history.

Although people won’t be able to attend in person, seeing the parade televised on Thanksgiving morning is a family tradition held by many millions, so it’s good news that Macy’s found a way to reinvent the parade safely to give people some sense of normalcy and joy in what’s been a very trying and difficult year!