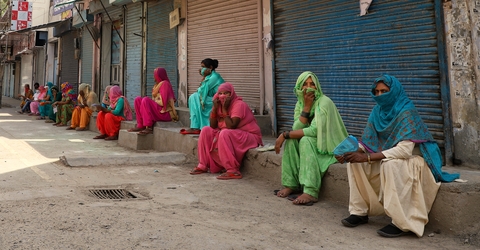 The country now has the second highest total number of coronavirus cases. The US still leads globally with 6.57 million cases and over 194,000 deaths to date. Since many colleges resumed in-person classes this month, the US saw a spike of over 600,000 new cases in the past week alone, which US health official believe to be a driving factor in the increased spread.

In India, Maharashtra remains the most affected region, reporting over 1 million cases. According to data released by John’s Hopkin’s University, India’s Health Ministry has reported a nearly 80% recovery rate with 3.8 million surviving the virus to date.

The country’s Parliament, which was closed from March 24 until September 14, stated over 10 million migrant workers traveled back to their home villages amid the initial mandatory nationwide lock-down, which they believe to be a key factor in the virus quickly spreading to all areas of the country.