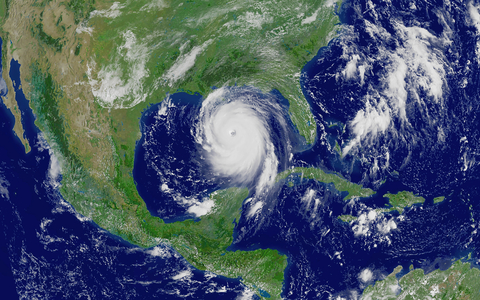 In what forecasters say could be another historic deluge, Hurricane Sally is predicted to bring torrential rains with massive flooding to the south. The National Hurricane Center issued warnings on Tuesday for areas along the Gulf Coast from the central Florida Panhandle westward towards the Louisiana-Mississippi border.

After Hurricane Laura struck an historic blow to western areas along the Gulf Coast late last month, Sally is predicted to bring “devastating” rainfall and life-threatening flooding. Forecasters are urging residents who live along the coastline and near rivers, streams or creeks to be prepared and take the storm seriously by following evacuation routes to safer ground.

On Tuesday morning, hurricane warning flags had already risen in Gulfport, Mississippi, from strong winds and many locals have boarded up their businesses as weather experts are predicting dangerous surges and flash flooding as high as 2-feet, as well as possible tornado activity.

Forecasts show the storm tracking northward into Louisiana by Tuesday afternoon as Sally is predicted to remain a Category 1 with winds up to 85 miles per hour as it makes landfall. The slow-moving storm is expected to bring major local flooding across inland areas from Mississippi northward to the western areas of the Carolina’s through the end of the week.

Emergency declarations have already been issued for the Florida Panhandle and portions of Louisiana, Alabama and Mississippi, urging residents to follow the guidance of local and state officials due to the increasing probability of potentially very dangerous flooding of historic proportions.