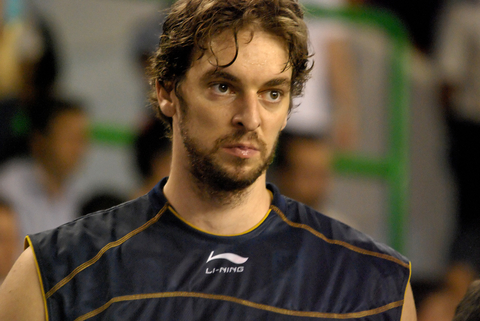 Former Lakers NBA player Pau Gasol and his wife Catherine McDonell have named their newborn child after Gianna Bryant. Gianna Bryant, 13, passed away in early 2020 along with her father Kobe Bryant, former NBA star from the Lakers in a tragic helicopter accident. In memory of their passing Gasol and his wife named their newborn daughter Elisabet Gianna Gasol.

The couple shared the birth and naming of their daughter in a Twitter post on Sunday. The picture featured Gasol and his wife holding Elisabet in a hospital bed followed by a caption that read: “Our little one has finally arrived!! The delivery went really well and we couldn’t be happier!! Elisabet Gianna Gasol, a very meaningful name for our super beautiful daughter!!”

Vanessa Bryant, Kobe’s former wife responded by posting on her own account saying: “My goddaughter is here!!!! Congratulations @paugasol @catmcdonnell7 Love you 3 so much! So touched by your request to honor my Gigi…Can’t wait to hold Elisabet Gianna Gasol”

Gasol was Kobe’s teammate on the Lakers from 2008-2014, and had reportedly grown a strong relationship with him over their careers.