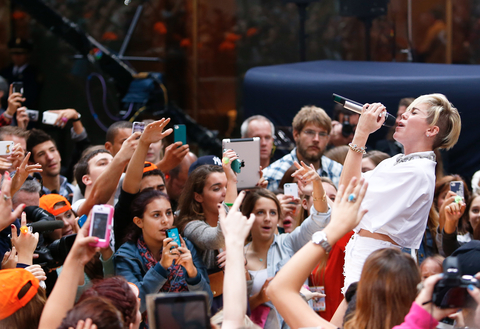 Singer-songwriter Miley Cyrus opened up about divorce, sobriety, relationships and many more while she was being featured on the Joe Rogan Podcast. Cyrus described how having her life publicized as a celebrity makes her feel by stating: “I’ve become the face of a lot of things against my will.” The singer went on to add that “when you’re someone in my position, your opinion becomes your identity and it also becomes almost, like, a preacher. … I’ve decided to start telling people, ‘I live my own lifestyle.”

Among the aspects of her life that she touched upon during the podcast was her 2019 divorce with Liam Hemsworth. Cyrus commented about the split saying: “I recently went through a very public divorce that f–king sucked,” and added “What really sucked about it wasn’t the fact that me and someone that I loved realized that we don’t love each other the way that we used to anymore. That’s OK, I can accept that. I can’t accept the villainizing, and just all those stories.”

Cyrus also mentioned an addiction to alcohol that runs in her family, however she stated that she personally doesn’t face issues with the substance. Since her vocal cord surgery Cyrus said, she has also made the conscious decision to quit smoking. Following her most recent breakup, Cyrus also added she feels that it is a “super pivotal moment” in her life and that her newfound freedom has made her feel like “a single, badass, grown, evolved, secure woman,” and that she is pleased with the current status in her career after working “really hard at it” for so long.