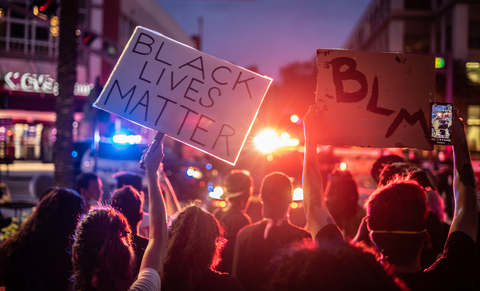 Salem, which is located around 45 miles south from Portland where ongoing unrest has continued, saw chaos ensue when a caravan of 100 Trump supporters arrived at the Capital building where a small group of BLM protesters were gathered.

According to reports, the Trump supporters, which included members of the Proud Boys – an alternate-right all male group, arrived waving flags and Trump 2020 signs and some were carrying weapons.

Reports indicate the rival protest groups began firing pepper spray at each other. At least one of the Trump supporters was seen beating a BLM demonstrator with a baseball bat while another sprayed a fire extinguisher.

According to a witness reported by Reuters, around a dozen state police officers stood by initially as the Trump group charged and attacked BLM protesters. The witness stated the officers later tackled and subsequently arrested two right-wingers who were punching several Black Lives Matter demonstrators.