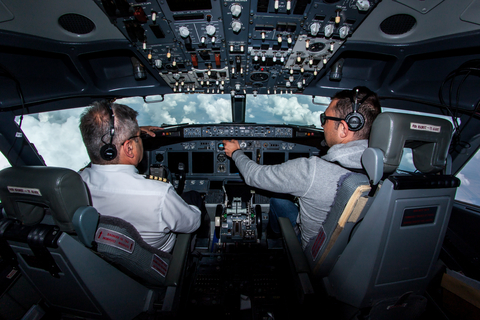 Two pilots that were aboard separate flights reported seeing a man in a jetpack thousands of feet in the air. One of the pilots was on an American Airlines flight arriving at Los Angeles International Airport at about 6:30 pm. The pilot called into the air-traffic control center explaining the sighting stating: “Tower, American 1997. We just passed a guy in a jetpack.”

The second pilot was on a Southwest Airlines flight arriving at LAX when they reported the sighting. The Federal Aviation Administration confirmed these sightings in a statement to NBC news that read: “Two airline flight crews reported seeing what appeared to be someone in a jet pack as they were on their final approaches to LAX around 6:35 p.m. PDT Sunday.” The FAA made law enforcement aware of the situation and has begun looking into the reports.

The Los Angeles Field Office of the FBI has also confirmed the sightings and stated they are in the process of investigating what happened.