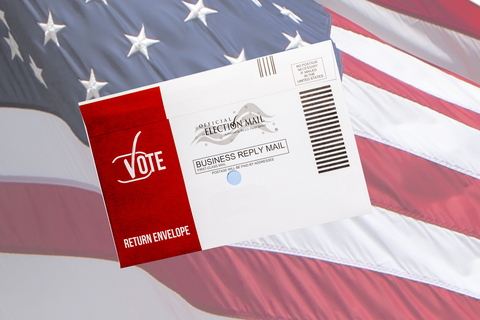 On Wednesday President Trump issued a confusing statement to voters in North Carolina, saying they should vote twice to “stress-test” their election security systems. This alarming advice is exactly the type of voter fraud Trump has been rallying against throughout his campaign. The odd comments were made during a briefing when reporters asked the president about his level of faith in the state’s voting system regarding mail-in votes. Due to the pandemic, North Carolina, along with many other states, is readying their voter systems for mail-in ballots rather than physical polling locations.

According to reports, Trump urged voters to send in their mail-in ballot, and then go vote in person anyway – defending his statement by saying, if the mail-in system works and the votes are tabulated, they won’t be able to cast their vote at the polling location. Point blank: voting twice in the same election is illegal in the United States. That didn’t stop Trump from pushing his ill-conceived advice to North Carolina voters when he further added, “That’s the way it is… And that’s what they should do.”

A New York Times report said Trump had floated this idea privately among his aids amid concerns he is depressing his own supporter turnout by consistently raising flags and focusing attention on his own skepticism of mail-in voting validity.