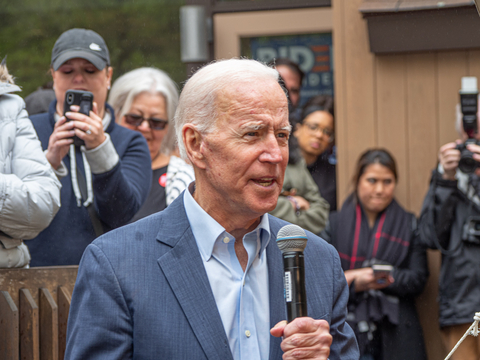 Just two days after Donald Trump’s tour of the divided city of Kenosha, Joe Biden is making his visit today. The Wisconsin city, recently torn by the shooting of Jacob Blake by local police, is still reeling from wounds which aren’t healed. Trump met with shop owners and supporters on Tuesday, avoiding a meeting with Blake’s family since they wanted an attorney present, which Trump denied. Jacob Blake’s father said he didn’t want to politicize the life of their injured son – who is still recovering after being left paralyzed from the waist down.

The back to back trips seem to be putting the city of Kenosha in the political cross hairs; however, Joe Biden’s visit is being publicized with intentions to offer healing and empathy in a city divided by strife and conflict. Biden’s plan is to simply meet with leaders of the community, local business owners and residents in an effort to bring an element of calm to an ongoing volatile situation. Biden stated, he’s not going to do anything other than “meet with community leaders, as well as business people and folks in law enforcement…” in order to engage in a dialogue about what’s been going on.

While Trump’s visit was unwelcome and Biden’s seems full of well-intentions, local NAACP leaders have said any politicians visiting is not advised at this time due to the tense environment of emotions still running high.