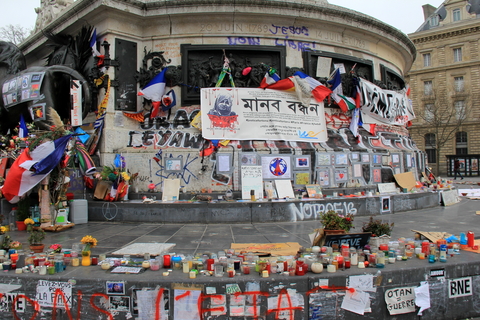 Cartoons depicting the Muslim Prophet Mohammed were republished this week by satirical French newspaper Charlie Hedbo, as the trial begins for 14 suspects accused of being accomplices in the deadly January 7, 2015, attack which left 11 staff members dead.

The newsroom attacks were carried out by two French-born brothers of Algerian descent, Saïd and Chérif Kouachi, who forced their way into an editorial meeting armed with automatic rifles, murdering staff members before later being killed in a standoff with police. A week later a friend of theirs killed four others at a nearby Kosher supermarket which was followed by a string of Islamic attacks on Paris. Al-Qaeda, the terrorist group who the brothers identified themselves with, took responsibility, which involved other members now on trial.

Charlie Hedbo said the cartoons are “a part of History,” which cannot be ignored or erased. The weekly publication, founded in Paris in 1970, is known for its satirical caricature’s portraying provocative depictions of public figures including leading politicians and figures or symbols of every religious faith.

On Tuesday, French President Emmanuel Macron expressed his support for the publication, stating France has always been a country with freedoms of expression which include journalistic criticism of government and religion. Despite their small circulation which is limited to France, Charlie Hedbo printed a 7-million copy run of their “survivors’ issue” which was supported by French citizens in a show of national solidarity when the issues were sold out.