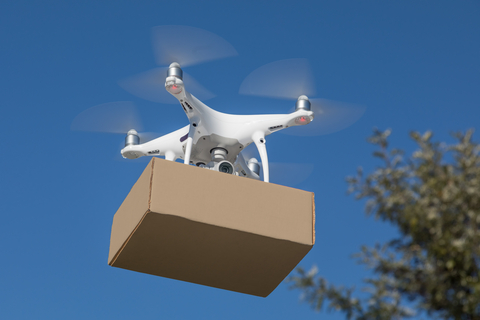 The Federal Aviation Administration has given their approval for Amazon’s Prime Air Service to use drones to deliver packages. David Carbon, vice president of Prime Air made a statement to USA Today saying that the company is working on technology that will allow these drones to be incorporated in their deliveries.

On Saturday the FAA issued the company a “Part 135 air carrier certificate using unmanned aircraft systems.” Carbon expressed the importance of this certification by adding in a comment to USA Today that “This certification is an important step forward for Prime Air and indicates the FAA’s confidence in Amazon’s operating and safety procedures for an autonomous drone delivery service that will one day deliver packages to our customers around the world.”

These new drones will reportedly be able to deliver packages up to 5 pounds in about 30 minutes or less and will also have the ability to sense objects around them guaranteeing that customers’ packages as well as the drones themselves arrive safely.