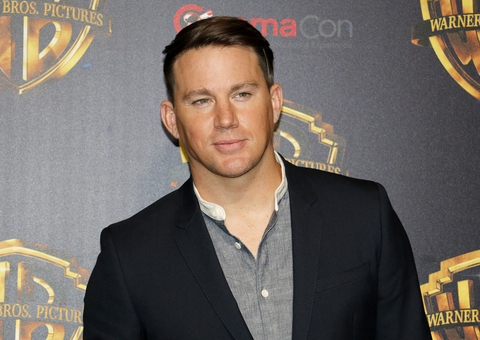 Actor Channing Tatum announced he will be releasing a children’s book as a dedication to his 6-year-old daughter, Everly, titled “The One and Only Sparkella.” Tatum revealed this new project on his official Instagram page on Monday by posting a picture of him in his daughter’s room dressed up holding the new work. The post was followed by a caption that read: “Guys, I don’t know about you but things got a little weird for me in quarantine. I ended up accidentally locking myself in my 7 year old daughter’s room. And I ended up finding my inner child. So this is what I created for my little girl. From what is, I guess, the little girl in me. Thanks for reading.”

According to People, the book’s dedication stated “To Everly, the most brilliant magical being that I have ever known. You are my greatest teacher.” Tatum went on to describe the joy he gets from spending time with his daughter and added that “My only wish is for more time in this life to play in all of the magical realms we have created. This is also for all Dads that might have a little girl … Wear whatever, dance however, and be as magical as you can. Because I promise they will return the love.”

The book will feature a story line revolving around a young girl named Ella, who gets teased at school for her love of sparkly things and wearing disco ball shoes. Her father responds to his daughter’s unhappiness by guiding her in accepting and being able to express herself.