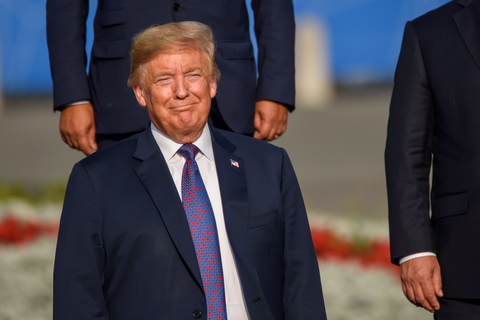 President Trump’s unwelcome Kenosha visit on Tuesday will not include meeting the family of Jacob Blake. Trump’s plans include meeting with residents and police officers following the shooting deaths and injuries of protesters at the hands of Trump supporter Kyle Rittenhouse. The protests were ignited after Jacob Blake was shot in the back by Kenosha Police and left paralyzed from the waist down. The Blake family has stated they do not feel comfortable meeting with Trump without having a lawyer present, which Trump would not allow. Blake’s father said he refuses to “play politics…for a photo-op” regarding his son’s life.

Trump recently branded Kenosha Mayor John Antaramian as a “fool” accompanied by accusations that the mayor supports “radical anarchists.” While en route to the city, Trump said if it weren’t for the presence of the National Guard, Kenosha would have “been burnt to the ground by protesters.” Local officials have implored the president to stay out of their city, fearing his visit will incite more divisiveness and angst in an already volatile situation, saying his presence will only add to the growing crowds and discord. Trump has blatantly ignored pleas from city leaders as he continues pushing his “law and order” stance in the run-up to the November election. As he boarded Air Force One to fly to Kenosha, he once again pointed the finger at Democrat-run cities and cast blame for the recent uprisings and incidents of violence.